There’s still not a whole lot of information out there to make reasonable guesses, Abel.

I am curious about the pickled herring, though.

Here we are, folks.

At the end of another year.

Soon, 2021 will be in the rearview mirror – or in some places around the world, it’s already gone.

I have no idea where this year went.  Time did that fun thing where it would speed up, slow down, warp around itself until you forgot what day of the week it was and wondered where the hell June vanished to.  I completely forgot that I had surgery back in March until this morning.  Just feels a bit bizarre.

I know that it’s been a hard year for a good many people.  So, here’s to hoping that 2022 is just, better for everyone.  And maybe we can start the Roaring 20’s Redux that we were promised?  Hence the outfits here?

Fingers crossed as we surge towards midnight and into a new year.

A potion?  An ingredient?  A cursed mirror in which you can trap your enemies’ souls? 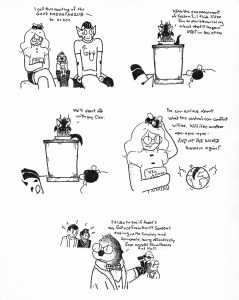 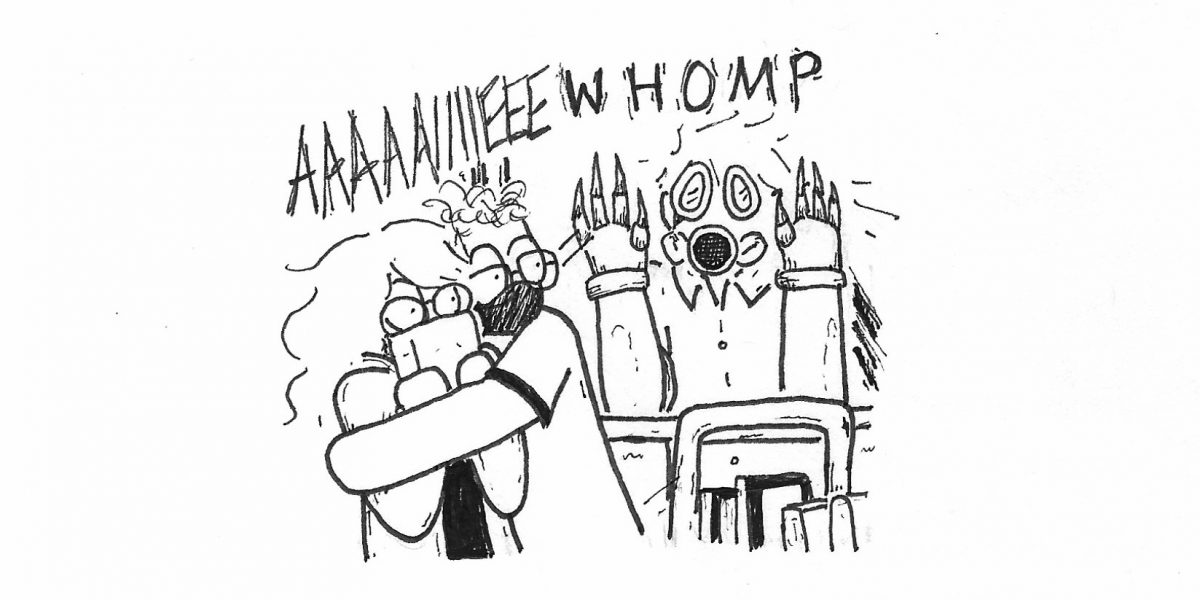 He would barge in through the front door, but the library’s still closed to the public.  And Quincy is much too polite to break the rules. 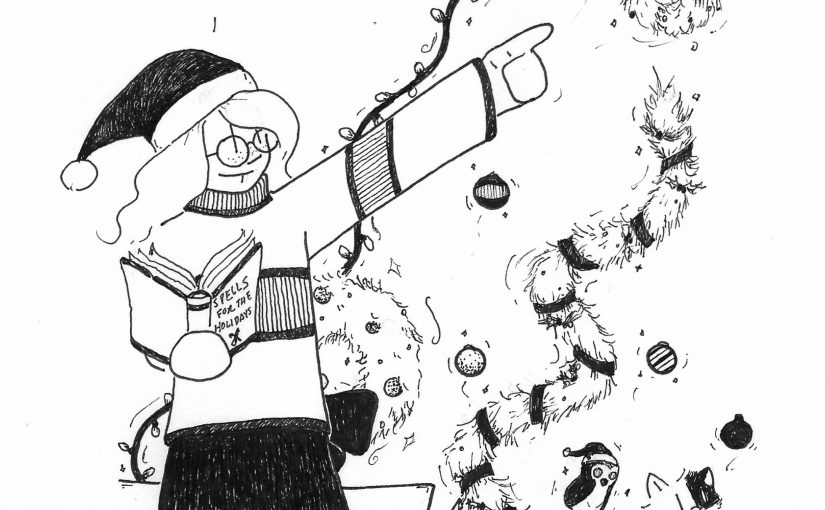 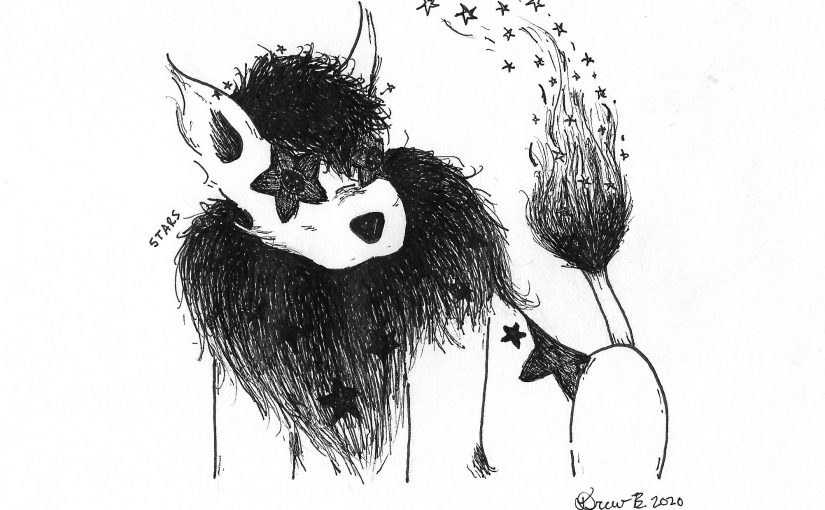 Based off of one of Cleo’s stuffed animals! 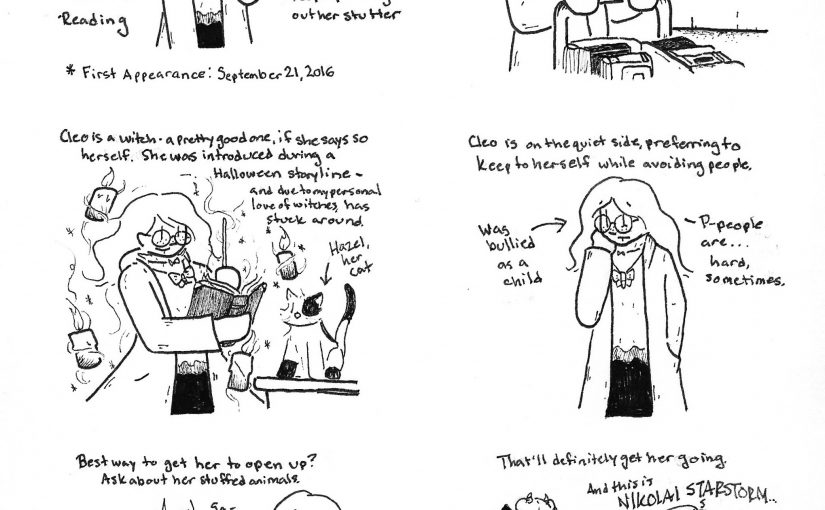 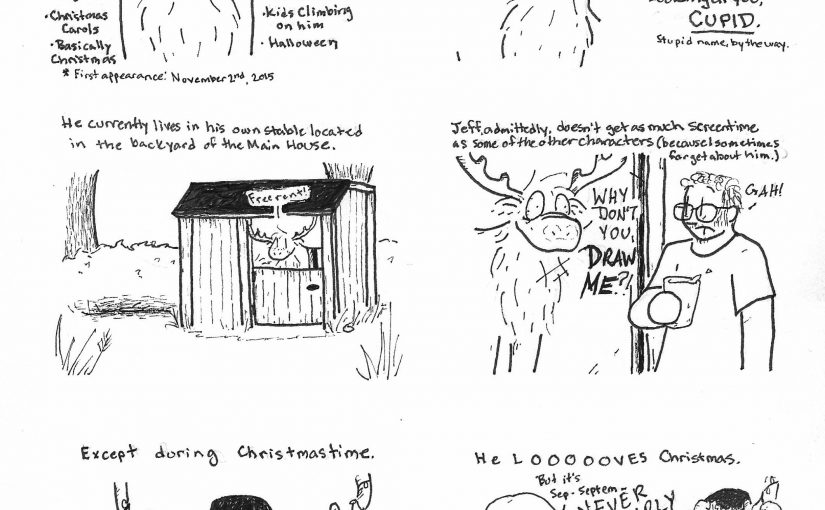 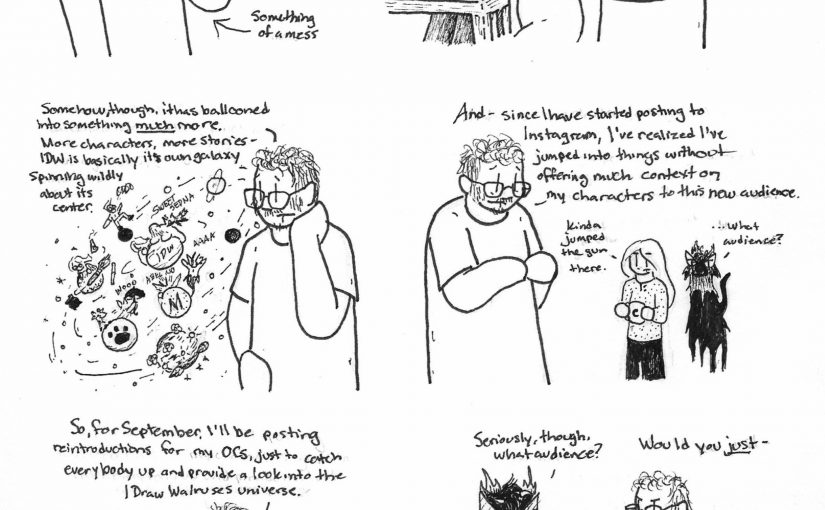 In an attempt to reach a larger audience, I have started posting some of my comics over on my Instagram (@i_draw_walruses).  And I’ve been a grand old time – the algorithm is a beast, but I’m working on it.

However, in my excitement to do so, I have not really provided much background/context on these characters that I have developed over the past 5 years or so to this new audience.  So it’s been hard for them to jump on board or even really understand what goes on in the I Draw Walruses universe (it really is its own bizarre, strange universe at this point).

So I have deemed September Character Month – I’ll be doing a whole series reintroducing my characters, providing some much needed background, starting with what I consider to be the Main 7 at this point (Lars, Willa, Eliza, Jeff the Reindeer, Cleo, Dot, and Quincy).  The rest will fall in line.

Hopefully this will be helpful.  If it isn’t, well, then, I at least explored my characters a bit more and fleshed them out of bit.

I have a lot of them, I’ve discovered.  Like, more than I realized.  But it’ll be fun.