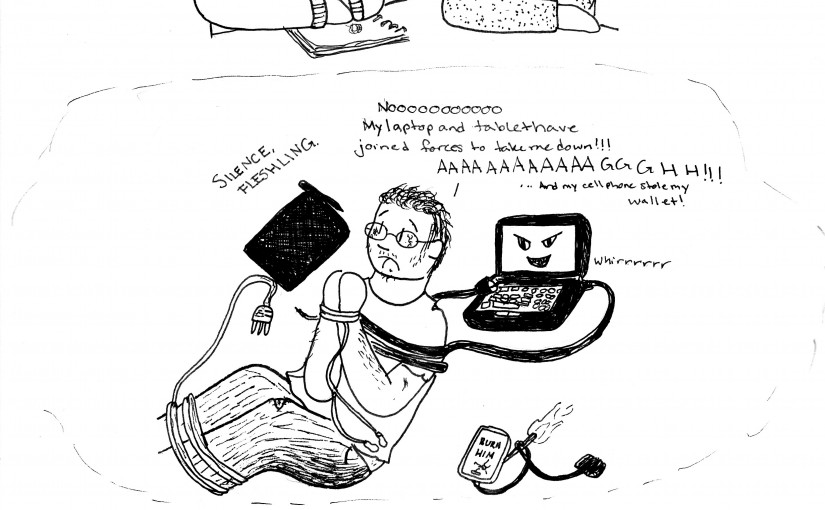 The problem is that I am not the most technologically savvy person in the world.  I mean, my cell phone looks like it has a bullet hole in it, I’m on my second laptop that’s been to the shop numerous times in the course of two years – I can only imagine what would happen if I got yet another piece of technology.  Maybe they wouldn’t stage an uprising as illustrated here, but still, there always the thought that I would break this new drawing tablet in some way, shape, or form, and have no idea what the balls to do then.  It’d probably involve some sort of frantic button pressing, maybe some yelling at it, then curling up into a ball and sobbing.

Maybe someday I’ll get a tablet, but in the meantime, I’ll stick to pen and paper, thank you.  It’s worked for me for years, and I know they won’t try to team up with my computer and take me down.