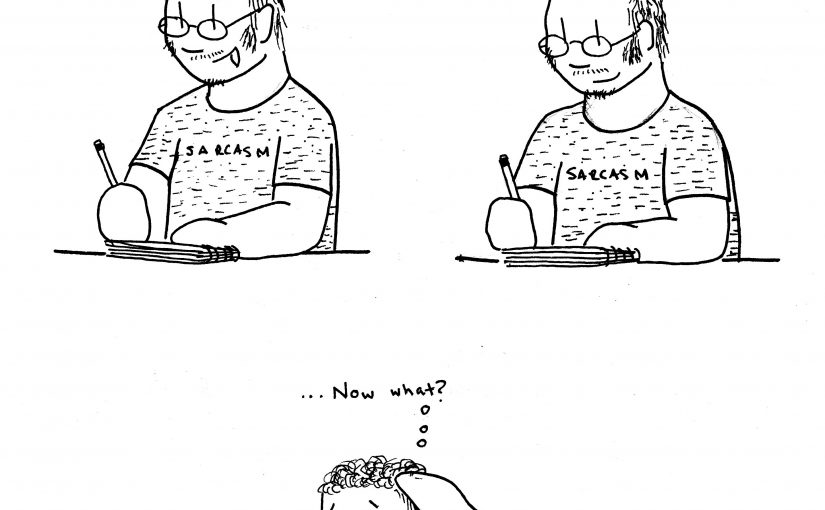 So far, I’ve done about 4 big storylines here on I Draw Walruses.  And this tends to be what happens afterwards.  Posting that last comic, sitting back and thinking, “Well, now what do I draw?”

That’s the nice thing about storylines: knowing what I’m going to draw next, which will obviously be something regarding that story.  That next event/scene that will advance the narrative along.  Once I’ve finished that all up and bring it to a close, it suddenly becomes time to think of something new.  Only – what the hell is it?

There’s also the sense of the fact that the story’s over.  I believe I’ve mentioned before that I don’t really like things being over – movies, books, whatever.  There’s this weird melancholy that sinks in, that it’s finished.  And I now have to move on.  It’s super hard when it’s something that I’ve created, whether it be a comic or a written story.  I know I have to bring it to a close at some point, because I literally could be writing or drawing it for forever, if I so choose.  But I have to.  It just…feels too much like a goodbye to what I’ve done, which is ridiculous because it’s right there.  Just, now things can’t, or rather shouldn’t, be added to it.

Perhaps a bit strange, I know, but that’s kinda just the way my brain works.

Side note: I may have actually teared up finishing this past Road Trip storyline.  No joke.