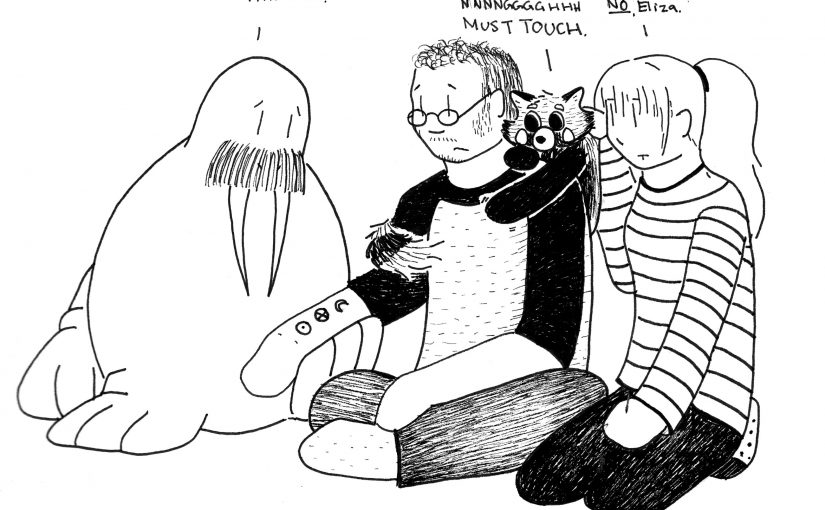 So, about 3 or 4 hours after my last post about considering getting a tattoo, I exited Rick’s Tattoos – a highly rated tattoo shop in Northern Virginia – with a bandaged arm and a huge grin.  I’d done it.  I’d gotten my first tattoos.

It didn’t hurt as much as I thought it would.   Or rather, like I thought it would.  It stung, especially when Troy (the tattoo artist) started inking my arm.  I think I handled it rather well, though, for my first time.  My palms were starting to sweat, but other than that, I was okay.  I’d managed to get most of the nerves out of the way during my two hour wait.  Poor Troy had got stuck in traffic, then he needed to unpack everything, so yeah, had to wait to a bit, but my friend Chelsea (THANK YOU SO MUCH FOR BEING THERE AND DRIVING ME AND BEING AWESOME) and I managed to get comfortable and watch A Series of Unfortunate Events on Netflix.

Interesting note: the guy next to me getting a touch up on his astronaut tattoo was covered in them – and also worked for the Department of Health and wore a suit most of the time.  The people you see in tattoo shops.

All in all, would I go back to this shop?  Oh yeah.  It was pricey ($200), but so worth it.  It meant that I was getting a quality tattoo.  And these guys were so professional and knew what they were doing.  Plus I enjoyed watching the camaraderie between them, joking about donuts and poking fun at each other.  So if I do get a new tattoo, I’m heading back to Rick’s.  Highly recommended.

So.  The tattoo itself.  Or tattoos, I suppose.  As you can see, it’s a series of three symbols up my right forearm, representing the Sun, the Earth, and the Moon.  I wanted to get these tattoos for a few reasons:

Right now, they’re a bit itchy and a tad swollen, but I think they’re doing okay.  They’re basically open wounds, so it’ll take some time for them to heal.  Trying not to overthink things, like they’re suddenly getting infected (God, I hope not), and basically taking care of them the way the artist told me to.  I’m washing them three times a day, using some Aquaphor to make sure that they heal, and keeping them out of direct sunlight.  I also need to avoid swimming, but, I mean, it’s January.  Not like that’s super hard.

Showering has been…an experience.  Sort of need to back into the shower so I don’t soak my arm.  And they’ve also been kinda cold, since I read that I shouldn’t use hot water on my tattoos.  Probably the weirdest part of this whole thing.

Would I still get another one?  Absolutely.  Already planning it.  It’s gonna be a walrus.  It has to.  Otherwise it just wouldn’t make sense.

But still no fish.